1987, Den Helder, Holland. Hans de Graaf, Ron van der Park, Marcel Faas and Anthony Schouten, four youngbloods with a passion for Prog and symphonic rock decide to form a band. Their bold decision to play unapologetic, full-scale Progrock, alreay at that time considered “Very Uncool Music”, works out well. In a Dutch music scene that’s flooded with New Wave and Punk bands, the outsider position suits the band and attracts a lot of attention on the podiums of North Holland. Within a half year the Signs reaches the finals of the Noordhollands Glorie band competition at the SeaPop festival. Gradually, national attention from the Dutch Prog community increases, followed by several gigs, notably at the Melkweg in Amsterdam and at several festivals across the country. 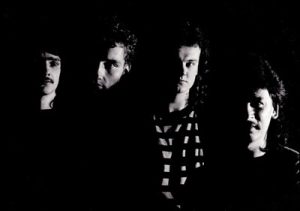 The following years, their demo-tapes “Chimera”, “Square Circles” and “Private Eyes” receive raving reviews in “Watt”, “Metal Hammer” and “Music Maker” magazines. Record company SI Music even calls it “One of the best demos in years”, and initially offers the band a record deal. Internal struggles at this company make for a last minute cancellation of signing the band.

Partly because of this disappointing experience, Signs decide to call it quits in ’92 and they all go their separate ways. Faas focuses on the top-40

coverband circuit, while Van der Park and De Graaf join Mr. Slammer, a band that would go on to become quite successful in the mid-nineties, with appearances on national radio and television, as well as a two-year tour as the opening act for Dutch rock legends Golden Earring.

And yet, in March 2003, Van der Park and De Graaf decide to resurrect their “old love” Signs. They get Faas to rejoin and sign up the talented Bert Vliegen as their new drummer. 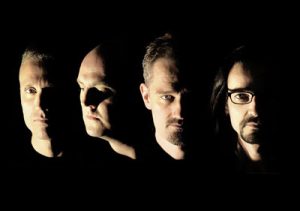 The news of a resurrected Signs is met with great excitement by the band’s small but devoted fanbase. In July 2004, Signs seizes the opportunity to record their mini-cd “Source Code” in their own Wango Tango Studios.
The CD is met with some great reviews, gathers some international attention, and the band does a series of memorable concerts, including Zaandam, Gouda, and Schiedam. However, despite all efforts, due to the lack of serious interest from record companies and mainstream media, the members of Signs, by now all “family men”, choose to break up, at least temporarily, in 2008.

2017. Almost 10 years would go by with no signs of life from the band,  when Van der Park, De Graaf, and Faas, the three core members of the group, agree to give it another go, this time with drummer Louis Carlebur (who was actually born in the same year the band was formed!).
After a couple of jam sessions, it’s clear: after 35 years(!) Signs still have a lot of fun making music together and return to their studio to record the album they wanted to make for a long time. Some of the older material still lying around, plus a collection of brand new songs are blended into an ambitious concept album. Recordings start in 2018 and, with a pandemic thrown in for good measure, takes almost 4 years to complete. 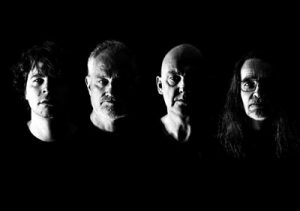 But here it is: “Uchronia”. A no holds barred concept album, 6 songs that form a story, thematically related and narratively interwoven ideas, full of other-worldly time signatures, loooong songs, evocative lyrics, crazy mood and tempo changes, extended and ubiquitous guitar and keyboard solos, sound effects…To be sure they have even brought a Moog Taurus!  A concept, though each song strong enough to stand on its own.
Soundwise, it’s Signs As You Know It, but with quite a few surprises, and you’ll find the band wandering off into some exciting new territories!
Signs believes it’s the best album they’ve made so far.